Jessa Campbell and the Saplings 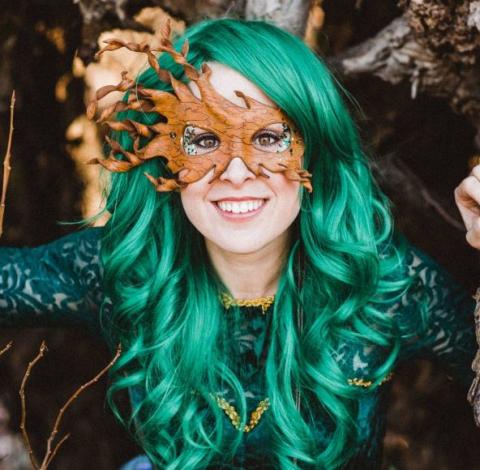 Caregivers can expect a blend of familiar folk children's songs mixed with original tunes written about what it's like to grow up in the Pacific Northwest!

"Can You Feel It", her debut album, recently landed her the Silver Parent's Choice Award and is making waves internationally. Her music has been featured on Sirius XM's Kids Place Live, featured as the High Five Album of the week on Kinderling Kids Radio Australia, and more! With a background performing with the national touring production of hit television show, "Dragon Tales Live," she's no stranger to child entertainment! She’s also experienced as a world cruise ship performer, vocalist for Wayne Newton, and member of some of Portland’s prominent bands. Weaving theatrical elements with her song and dance numbers, she encourages kiddos to groove along. Jessa started writing ecology-based songs for 5-8 year old students in her "Wonders of Nature" class taught through the education resource center, Village Home. With songs like "The Waltz of Trillium & Ant", children are educated about simple science concepts like seed dispersal through the living creatures in their neck of the woods! As a mama herself, she values throwing the better party by encouraging kiddos to step into their wilder selves, glimpsing the magic in the world around them! www.jessacampbellsaplings.com

This is an online program and will be available for viewing at the program time and for three days after. View using the "view program" button above and on FVRLibrary's Facebook page.